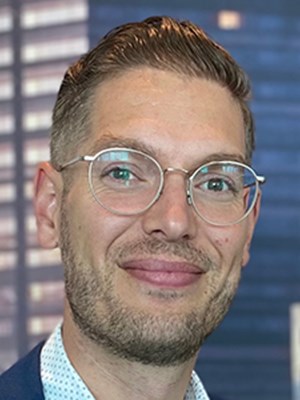 Floris Looij focused 9 years of his career in Amsterdam representing Mövenpick Hotels and Resorts and ijVENUES. His greatest career achievement is working as an independent sales consultant, helping companies generate top revenue through his veteran sales strategies. He has led international sales teams and travelled the world to promote the biggest "MICE" venues in Amsterdam. His clients know him as the "tall guy in orange" when found under the "Netherlands" trade show booths representing the Netherlands as a meeting destination.

His client list has included over the years iconic companies such as nvidia, CGI, Microsoft, Twitch, Vodafone, Samsung, Oracle, TomTom, Novartis, Roche, Continental and many more.

When you say Dutch, you say Floris. He embodies the straightforward Dutch mentality and “what you see is what you get”. Expect an honest expert opinion and an authentic personality. He is intrigued to learn from other cultures and a curious person.

When he is not working he enjoys spending time with his family and he is crazy about cycling and loves to travel. Reach out if you can appreciate some honest “Dutch” advice.