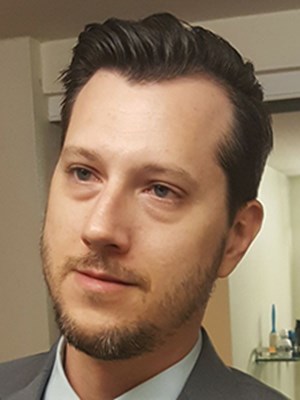 Luke Thompson has over 17 years of sales, business development, marketing & advertising, and game development & esports experience. He started his career working with major law firms in the central Texas region and later transferred to an engineering firm on the east coast. During his time there, he worked as a freelance content producer for PlayStation and spearheaded community initiatives within the competitive gaming scene. Five years later he dove into the advertising world and worked with local, regional, and national agencies for outdoor campaigns. He quickly transitioned into an account executive role with Emmis Communications and supported major concerts, music festivals, and events like ACL, ACL Live, and SXSW in Austin, TX. He also continued to freelance digital media and esports efforts for the gaming space during his free time.

In 2017, Mr. Thompson left Psyonix to become the new Head of Esports for ReedPop, a subdivision of Reed Exhibitions. ReedPop is best known for their largest gaming events in North America, PAX, New York Comic Con, Star Wars Celebration, Crunchy Roll Expo, ComplexCon, and EGX. ReedPop also manages and owns over 17 domestic and 9 international gaming and pop-culture events. He has launched new esports brands like “Almost Pro” and “Stream Stars” and has produced major publisher tournaments like the VALORANT Ignition Series, MTG’s Pro League Finals, Nintendo’s North America Finals for Super Smash Bros and Splatoon, and countless developer and brand-based competitions and pro leagues over the years. He has championed a well-rounded career that has helped him become a leader within the esports industry and has been a proud gaming nerd since 1985.